2023, a year of opportunities for health-tech start ups 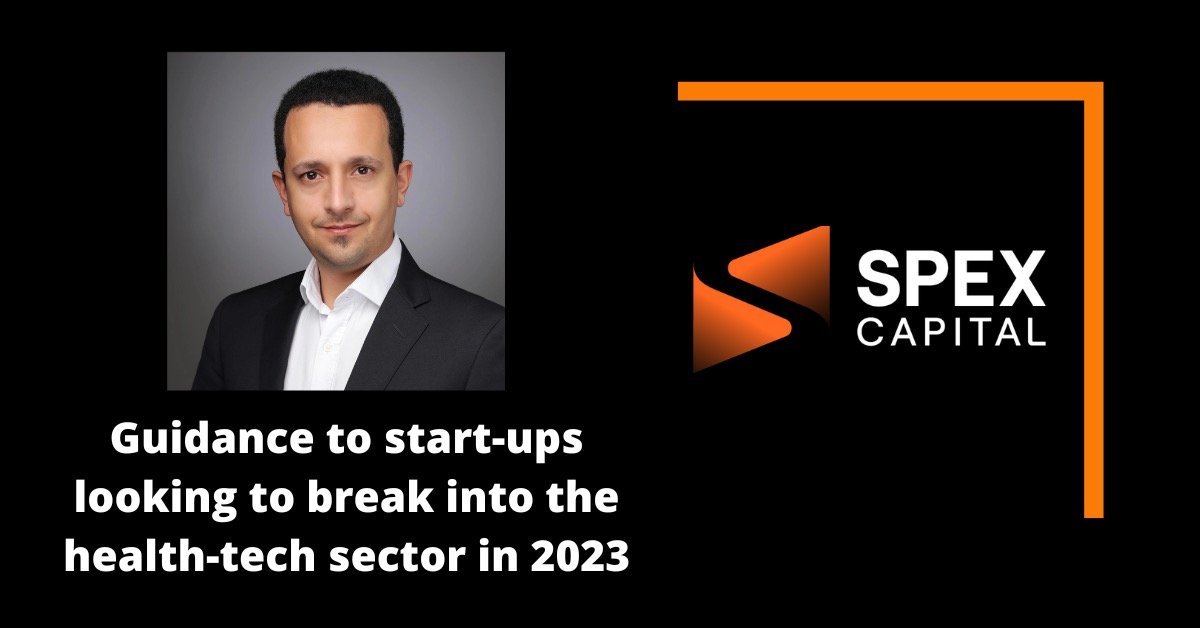 Filippo Falaschi, Investor at Spex Capital, shares his strategic guidance to the start-ups looking to break into the health-tech sector in 2023.

After the record setting levels of 2021, this past year saw significantly lower deal count and investment volumes. This has, in turn, revealed itself to be a difficult year for health-tech ventures.

Nevertheless, despite overall potential for growth being tied to macroeconomic conditions, investors continue to hold considerable dry powder, and we are confident in the resilience of the market. This is especially the case for the early-stage space, which has witnessed the smallest decline in both deals and volume compared to other stages.

The sector remains well positioned for growth, particularly in Europe and the UK which have historically been more cost-effective hubs and have been better equipped to weather a slowdown.

Here are my key pointers:

1. Don’t shy away from funding

Founders should not fear taking on more capital and avoid being discouraged by potentially lower valuations in the coming year, especially when comparing them to the last two record setting years. It is harder to raise rounds and the timeline is much longer now, so it would be prudent to raise larger rounds than required, allowing founders to concentrate on the scaling of the business, but also affording the business a useful buffer to weather any unexpected conditions that the year could present.

As the investing atmosphere becomes more adverse, both from a regulatory perspective as well as from a funding perspective, companies need to focus on the value they bring to their stakeholders. Robust health economics, clinical evidence and validation will be central in positioning companies at an advantage vis-a-vis their competitors as well as gaining market share. As fears of a possible recession gain consensus, customers, payors and, in turn, investors will be paying more attention than ever to the value add and ROI of the founders and ideas they wish to fund.

3. Know what investors are on the lookout for

Investors will have injected more capital and time than usual into their portfolio companies, to bolster their defences in the face of inclement macroeconomic weather. Whilst it is true that less capital has been deployed this year, it is also true that VC and PE dry powder has been steadily rising since 2021. With later stage deals and valuations being compressed, this has led to traditionally later-stage players being more willing and able to centre their efforts on early-stage deals. The early-stage sector is in particularly good shape all things considered, and investors will keep a keen eye out for valuable solutions. As has always been the case, the spotlight will be on great founders, who can navigate their space and are conscious of their value add to both patients and investors.

Spex Capital Ltd. (SPEX), registered in England and Wales, is authorised and regulated by the Financial Conduct Authority having Firm Reference Number 963796.

Spex Capital Ltd. (SPEX), registered in England and Wales, is authorised and regulated by the Financial Conduct Authority having Firm Reference Number 963796.